The tested Mine Kafon was exhibited in Milan during the Salone

Recently we presented the tested version of Mine Kafon at the Salone. This is the prototype which got totally damaged a few months ago. It looked badly but after repairing it, it wasn't that bad at all. Lots of parts flew off, because of the air explosion. It's improved now. In Milan we presented it with two colors. White means exploded parts. So every white leg means that it got damaged during the test sessions. So now it is selected in a way to visualize the impact of 100 gram explosives. Which is deadly for a person but Mine Kafon's central ball has survived it and it can be reused again and again and again!! The GPS chip will stay intact as well. 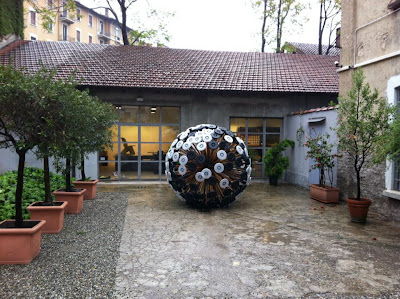 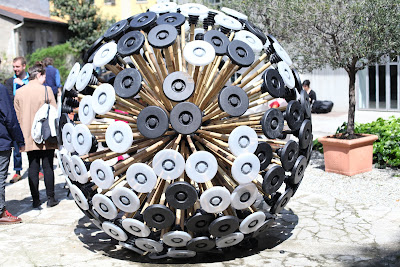 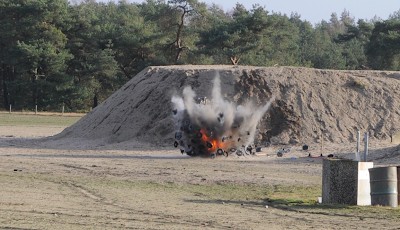 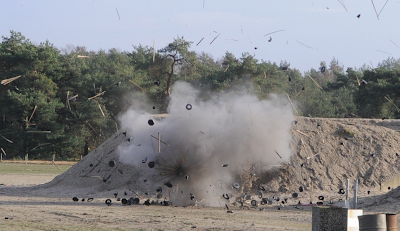 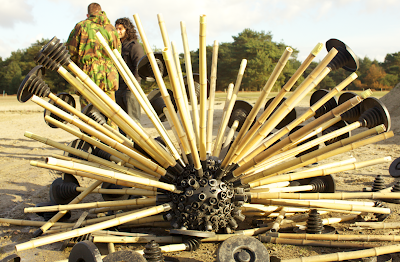 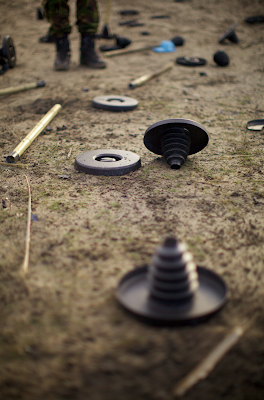 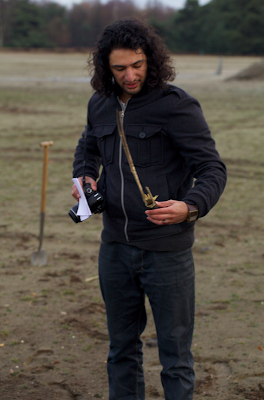